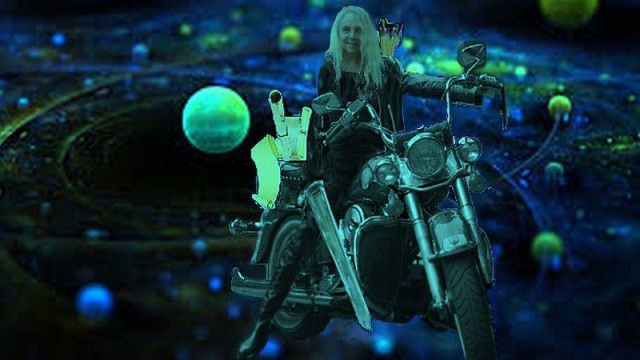 A modern Viking poet and artist riding through worlds and eras

Liv Odin is an eclectic artist of Swedish origin. She’s a writer, a poet, a painter  and a fabrics designer. She writes  novels, short novels, scripts for theatre and has often worked as scenographer. Very tied to Sweden, she has been living for some time in Paris where she started a small art-literary salon. Liv Odin is mainly known as the Viking poet or the Warrior poet and also as “the motorbiker artist”, due to her travelling exhibitions that she takes around by riding her motorbike through Europe. She started by following the poem style of the ancient skalds, the Viking poets, then she developed her poetry into other different styles.

Specialized in Northern Literature, for a few years she’s been interested in Polish poetry and had a scholarship at Polonicum University in Warsaw.  She’s the creator of the POETIC PAINTING, which includes the series  The Small Scrolls,  in the following years developed into The Rolled up Poems.

She’s well  known also for her “Time ship”. By referring to the novel “The Time machine”,  she sets sails with her imaginary Viking time ship  to other worlds and eras, like her ancestors did to discover unknown lands.

In some of her exhibitions other forms of art expression are encluded as well. 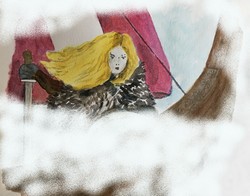